About Galgos
What is a Galgo? Learn about their history here.
View gallery

Galgos, also known as Spanish Greyhounds,  are similar in appearance to Greyhounds, but are distinctly different in their conformation. Galgos are higher in the rear than in the front, and have flatter muscling than a Greyhound, which is characteristic of endurance runners. They also tend to be smaller, lighter in build, have longer hooked tails and have a very long, streamlined head that gives the impression of larger ears. Their chests are not as deep as a Greyhound's and should not reach the point of the elbow.

Galgos tend to be more tenacious than Greyhounds. You are probably asking what this means!  A Galgo rescuer and wellness advocate, Petra Postma, articulated it like this:  Greyhounds are 2 dimensional thinkers and Galgos are 3 dimensional thinkers.  An example of this would be the track and lure system.  Greyhounds run "straight" after the lure trying to catch it, and they maintain that course until the end of the race.  Galgos might start after the lure, but if they are unable to catch it, they will begin to think of other ways to get the lure.  That may mean trying to go over the rail, under the rail, or turn and approach it from the rear.  Galgos are thinkers, plotters, and problem solvers!

An escape proof harness is advised for your Galgo for the first 6 months at least.  This is a safety precaution.  With so much changing in their lives, your dog is bound to have a little melt down or two.  Because of their physical build they are even more likely than Greyhounds to slip free from a normal collar (including the martingales).  The best one in our opinion is the Haqihana Double H or those you can buy from Galguau.com

Your Galgo is never to be off leash outside of a properly secured area!  These dogs run at similar speeds as our Greyhounds, and have the same kind of prey drive.  One very big difference to note here is that Greyhounds typically compete for stuffed bunnies or some similar lure, but your new Galgo has been used for hunting live prey.  Additionally, Galgos are proficient at survival – so if your dog gets loose, barring injury, it is quite capable of disappearing into the wilderness and living on its own for months…even years.

So if you want to adopt a Galgo, then you must accept and be happy to keep them on lead. 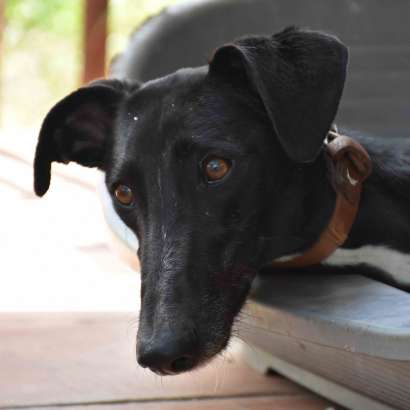 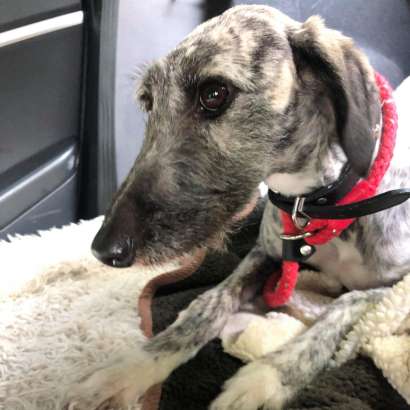 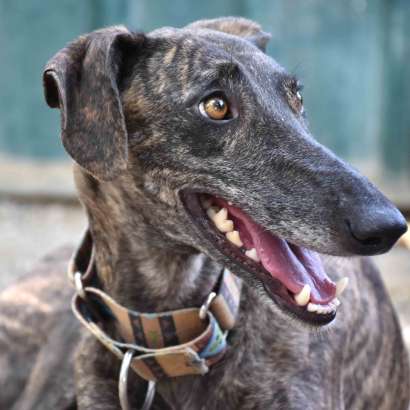