What Is Project Galgo?

It has been said that the dog is man's best friend. If this is true, then the Galgos of Spain have been viciously betrayed. There is a very cruel custom amongst some Spanish hunters, or "Galgueros," that destroys more than 50,000 Galgos every year.

The Galgos are Spanish Greyhounds used for hunting, but most are used for only one season and then discarded. If they hunt poorly, they are tortured as retribution for the shame they reflected upon their owners.

The reasoning of the Galgueros is that by torturing and killing the dogs they wash away the dishonour the dogs displayed that brought shame to their masters. In reality, the practice is simply an exercise in sadism that involves burning the dogs with acid, dragging them behind cars, tying to train tracks, sacrificing them to fighting dogs, skinning or burying them alive (sometimes under rocks). Galgos have been found with their eyes torn out or bottled to death. Very often decomposing Galgos are found down 60 foot wells, having been thrown down by their ‘master.’ There are also the Galgos tied up with chains, or who have their legs intentionally broken, so they cannot return 'home.' One Galgo had been found and someone had gone at it with a pin hammer on the back of its head. Sometimes they are starved to death by clamping their mouths open with wood. The most famous torture is called the "piano dance;" this involves hanging the dog by the neck with the feet just touching the ground as it struggles to breathe and slowly is strangled to death by its movements, as it scrabbles in vain to touch the ground. This horrific death will last several days. The Galgo will make characteristic noises. There appears no end to the level of torture a Galguero is capable of.

Galgos are more often than not kept chained up down fetid holes, soiled with faeces and urine. Their living quarters or 'zulos' – dirty, tight, unregulated ‘kennels.’ Often in concrete bunkers, devoid of daylight, exercise, medical treatment and of course any sight of feelings. Often fed mainly with only bread, they eat each other when one falls from exhaustion. Before they are used for hunting, they are starved for days and embittered to make them better at hunting.

Most have died by the age of three. If they even make it to that. It is very rare for a Galguero to keep a Galgo past the age of 9 months.

When the dogs reach two or three years of age and are weakened by malnutrition and lack of care, it is simply cheaper for the Galgueros to kill the dog to avoid feeding the dog until the next season, when they simply pick up a new dog for ten euros from one of many breeding facilities that supply the hunters. This is much less than the cost of food to maintain an adult dog between hunting seasons.

The bizarre thing is, Galgueros often have family pets that are not Galgos that live in the family home. Galgos are treated as tools and money making machines.
Because the Galgos are regarded under Spanish law as working dogs, they are excluded from the laws relating to pets and can be disposed of or used in whatever manner their owner decides.

Good dogs, the ones who have not shamed their owner by being poor hunting dogs, are sometimes "rewarded" by being sent to perreras. These are municipal facilities where the dogs can be euthanized.

We have brought several Galgos into our care from rescues abroad, most recently Ella, who was living feral in Greece. She was emaciated, dehydrated and petrified of humans. Fast forward 6 months or so, after a time in a loving foster home, she is now a happy little soul and thriving with her two Sighthound sisters and mum in the UK.  We feel passionate in our mission to bring more to us, where their journeys to health, happiness, safety and love can continue, where they can heal from their past traumas.
We can liberate them from fear and we can help them be dog they have always deserved to be. We can show them kindness and a life beyond brutality and terror.
Thanks to some amazing Spanish Galgo rescues, there is light at the end of the tunnel, there is sanctuary, reprieve and hope.

We cannot save every one of them - If only we could. Until there is a significant change in Spanish law, hundreds of thousands of Galgos will continue to suffer mercilessly. But those that survive are testament that evil can be overcome.

And so Project Galgo is born….

This special project is dedicated to all Galgos, not only those who have lost their lives to brutality, but those who have survived and will go on to survive and find peace.
We will be collaborating with amazing an amazing Spanish Galgo Rescue, Galgos en Familia who works tirelessly to free the Galgos.

Lurcher SOS will be funding the Adoption Donation to the Spanish Galgo rescue (to cover their costs of neutering, vaccinating, testing for Mediterranean diseases and Pet Passporting them). Therefore, Project Galgo’s sole focus is raising funds for transporting the Galgos to the UK. For £260 transport costs, we can bring one Galgo to us.

Please support this very special project by donating or by sponsoring a Galgo. For every Galgo we can bring over, there is a space for another to be saved in Spain. 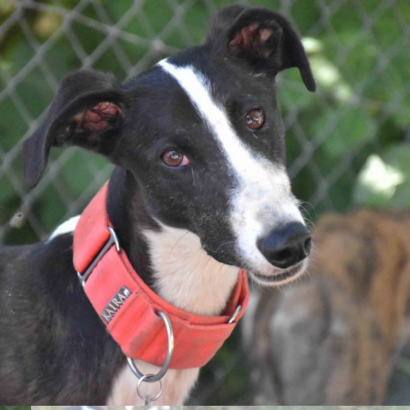 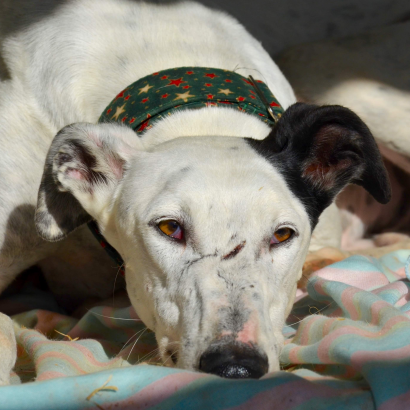